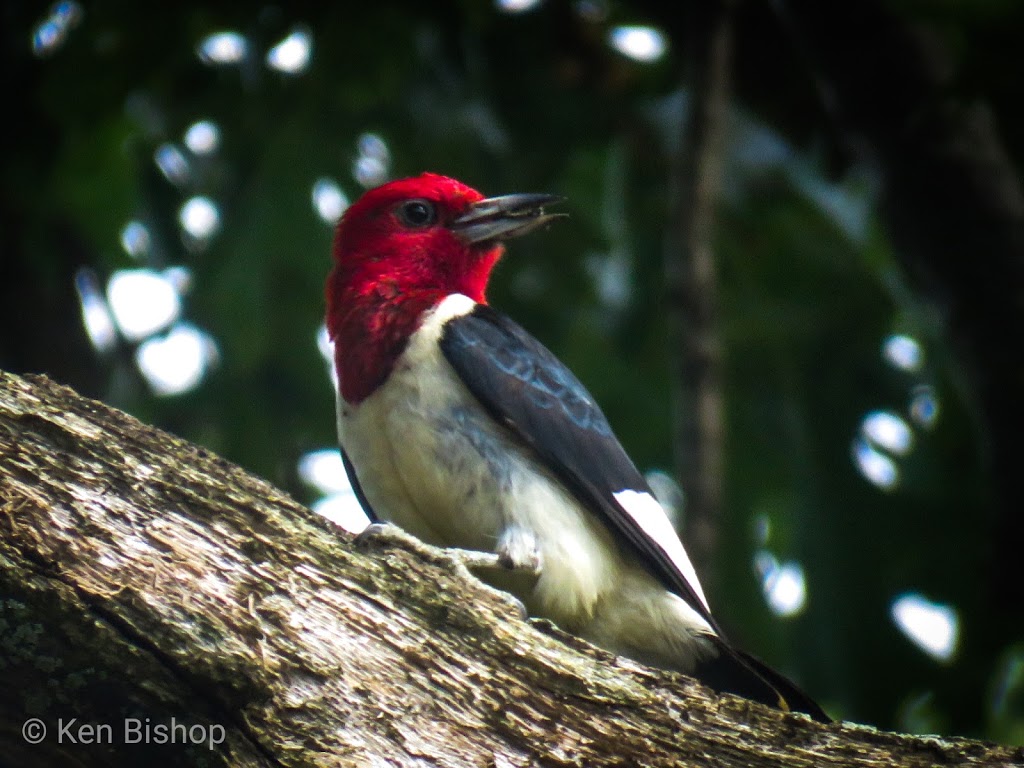 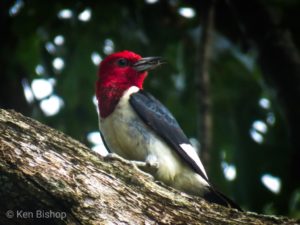 4th of July Weekend meant an extra day of birding. A couple great state rarities (Black-bellied Whistling-Duck and Lark Sparrow) were enticing me to chase, I held my stance and did not pursue them. Neither would be continental lifers. Instead, I aimed to up my species lists in the counties surrounding Van Buren.

My aim was Cass County. With 92 species topping my list for the county, it was the only county left bordering Van Buren with less than 100 species. Considering Cass County is under-birded, I knew getting 8 species would be tough this time of year. I decided to make my first stop at Dowagiac Woods. Cerulean Warblers and Northern Parulas have been reported nesting in the forest and according to the web, Yellow-throated Warblers have nested along the creek bordering the Preserve.

Bird activity in the forest was good, but stopping to take a look meant being ravaged by mosquitoes and Deer Flies. All the amount of DEET I lathered on myself did nothing to stop the relentless onslaught I endured. In order to stay ahead of the bloodsuckers, I had to jog the trails, which were less than 4 inches wide in some spots. Stinging Nettle lined the paths. Wearing shorts was a mistake and my legs burned from the nettle. I managed to hear both the Parula and the Cerulean Warbler as well as several other Warbler species.

I made an unplanned stop at Rimbaldi Forest which did not yield any new county birds, but showed a lot of promise for fall migration. Several Northern Rough-winged Swallows on a powerline around the corner from Rimbaldi added a 3rd county bird for the day. A quick stop at a Marsh along Dutch Settlement Road had the small turnout of new County birds, adding Great Egret and Pied-billed Grebe to the list. My final stop was at Spirit Springs Sanctuary, which yielded no new County birds and more Deer Flies. Hot, sweaty and bit up, I decided to call it a day, ending g with a total of 97 County Birds.

I decided to keep it simple and quick with 2 target species. My first target were the Sedge Wrens that are breeding in the fields around the greenhouses on Market Streets. An easy find for County Bird #203.

My next stop was MSU’s main LTER site near Kellogg Farm to look for Vesper Sparrows. After an enjoyable walk with lots of birds, I located a singing bird along the back fence line. He flew over to one of the dirt patches to forage and I was able to snag a few photos. 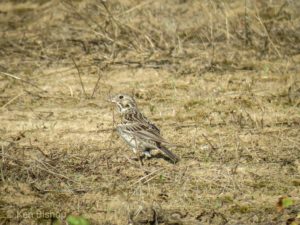 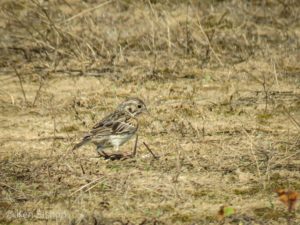 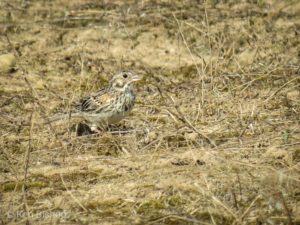 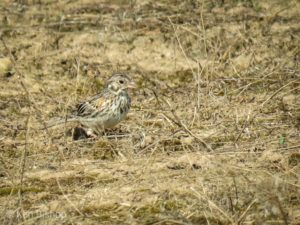 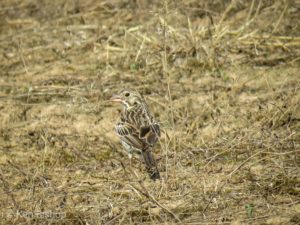 I also obtained some great photos of a Monarch Butterfly sampling the Milkweed flowers and a Cedar Waxwing. 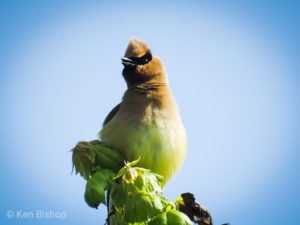 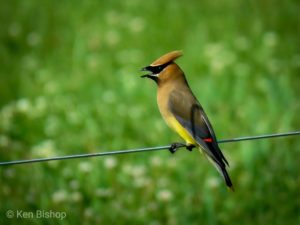 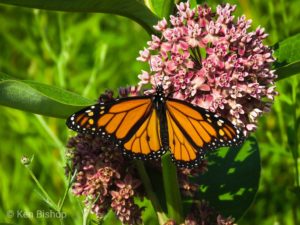 On my way home, I spotted a Red-headed Woodpecker and it is always impossible to resist stopping to take photos. 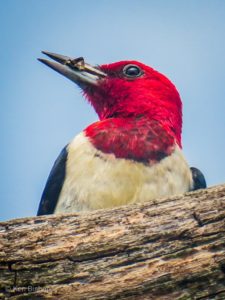 A recent report of a Clay-colored Sparrow at Paw Paw Prairie Fen Preserve right around the corner from home sent me one of my favorite birding spots. I managed to hear the birds 3 note buzz call from deep in the field, but a looming thunderstorm cut my birding short. An Eastern Box Turtle was another noteable sighting. 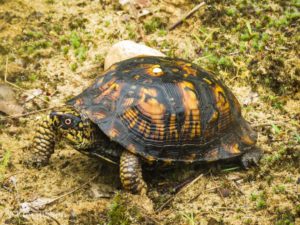 Not an official birding trip, but Allie, my girlfriend, wanted to take a walk along the beach. We headed to Tiscornia Park in St. Joseph and walked what little remains of the beach from Tiscornia to Jean Klock Park. We enjoyed views of Bank Swallows and a Spotted Sandpiper. We then decided to stop by the Inn at the Harbor where a new public walking bridge had been constructed spanning the Paw Paw River. A Short-billed Dowitcher was hanging out in the parking lot! Good looks at a couple Spotted Sandpipers was also a nice treat! 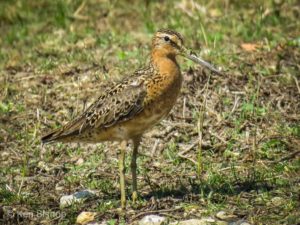 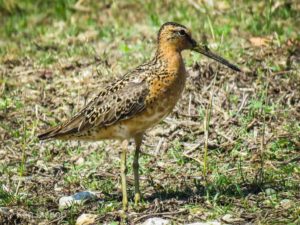 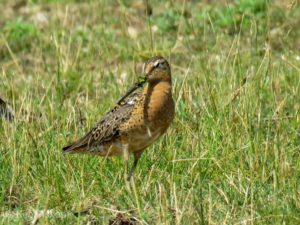 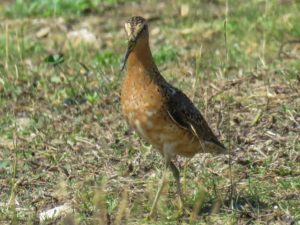 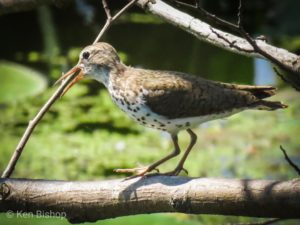 I finished my day out at my favorite patch, Wolf Lake State Fish Hatchery, mostly photographing Dragonflies, but some agitated Eastern Kingbirds posed a chance for an action shot or two. 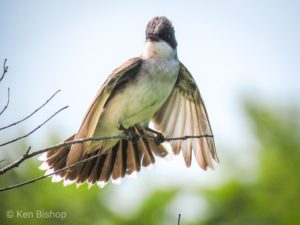 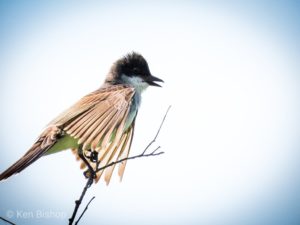