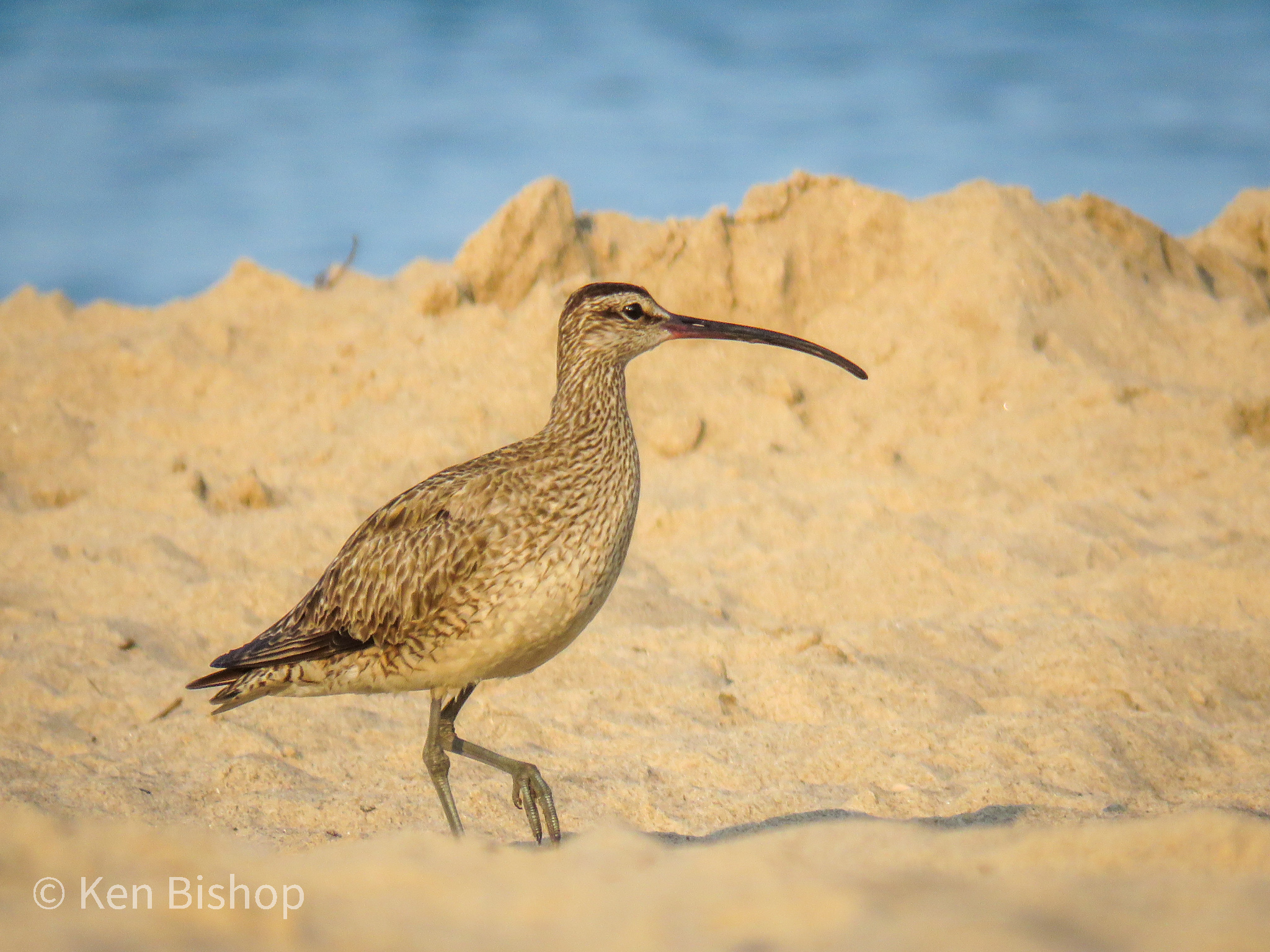 I’m just going to come out and say it. I am a sucker for shorebirds. The more time I spend with them, the more I enjoy them. When the forests and wetlands of Michigan are teeming with mosquitos and Deer Flies, the beaches that may offer a sandpiper or two are relatively free of bloodsucking beasts. Overall, I do not bird as often, or for as long, during the summer months, providing a much needed “break” from the intensity of Spring Migration, and if I am not chasing some vagrant bird or exploring a new part of the state while on a family vacation, I am most likely checking my local beaches for shorebirds.

I come up empty on my routine beach checks more often than I’d like, but on the occasions that I find something, it is often a pretty “good” bird. Over the years, I have learned a few things that have helped me to increase my chances of finding shorebirds along the shores of Lake Michigan:

#1. Wake up early! All it takes is one dog to scare off a flock of shorebirds that may choose to rest on the beaches you plan to visit. Also, many beaches do not start charging for parking until mid-morning.

#2 Check eBird and other resources for any reports of shorebirds. Even if you do not plan to visit the exact locations where a particular shorebird was observed, it can still give you an idea of what you could expect to find and what species are on the move.

#3. Be efficient and stick to a route/schedule. If you are like me, you will want to check multiple spots before things begin to pick-up and want to spend as little time commuting as possible. of course, all bets are off if you find a target!

#4 Be thorough. I always walk up to the water and look down the coastline. A solitary shorebird is more than likely going to be near the water’s edge, and could easily be hidden by mounds of sand or washouts.

This standard strategy paid off for Sunday, July 18th. I forced myself out of bed around 6 AM and was on the road just a few minutes later. I made a quick stop at South Haven’s North Beach, which has only on one or two other occasions offered up a good shorebird. Initial scans from the sidewalk showed nothing more than the standard flock of Ring-billed Gulls loitering near the volleyball nets. I spent a few moments scanning through the gulls, hopeful for hatch year Lesser Black-backed Gulls, before moving to the water’s edge. As I approached, I spotted the head of a Willet peaking out above a shallow washout. A Willet is always an excellent find in Van Buren County. This was only my 3rd sighting of the species in the county.

I carefully navigated the flock of gulls, moving slowly so they would not flush, but rather walk out of my way. I gave the Willet a wide berth, until I had the sun at my back. I positioned myself about 50 feet away and crouched. I studied the Willet to get a sense of it’s demeanor. I could tell it was watching me, but not yet concerned about my distance. The Willet prodded the sand with it’s bill a few times looking for a tasty morsels and straightened out a couple misaligned wing feathers, probably knocked out of place by a long flight.

I crept in a little closer, to about 40 feet. The Willet changed positions, putting it’s back to me. This was my cue to stop approaching. I watched it quietly for a few minutes at this distance, actually laying prone in the sand. The Willet seemed to relax and resumed it’s activities. As I continued to lay there, the Willet got comfortable enough to move in closer, to about 30 feet. This was a satisfactory distance for me to begin seriously photographing the bird with my Canon Powershot SX60 HS. Sadly, I filled up my SD Card after about 100 shots, but most of the photos I took were “keepers.” A few photos show a portion of the Willet’s underwing, which proves there is more than meets the eye with this species!

I made a quick stop at the South Haven Meijer to purchase a new SD card with plans to stop at Van Buren State Park a few miles south of South Haven. I just happened to check my phone for email alert, to find out a Whimbrel had just been spotted at Tiscornia Park in St. Joseph, about 15 miles south. I decided to roll the dice and make the 20 minute drive to Tiscornia. Outside of a narrow migration window in late May, Whimbrel are pretty rare in the state. I had to check my speed on the way down, while I worried the bird would take off at a moments notice. Beach traffic was beginning to pick up, and the bird could be chased off at any moment. As I was about to make the final turn towards to Tiscornia, a new alert popped up. The Whimbrel had flown the coop, but may have landed at Silver Beach just a bit further south.

I stayed my course and crossed the bridge making the turn towards Silver Beach. I pulled into the south lot and immediately located the Whimbrel sitting on the beach with some gulls. I snuck up behind a garbage can about 40 feet from the bird, once again laying in the sand. I was able to take quite a few shots, before the Whimbrel was flushed by beachgoers. The Whimbrel headed north back over the channel to Tiscornia. I spent a few more minutes trying to work a flock of uncooperative Sanderlings, before the urge to try the Whimbrel again at Tiscornia.

At Tiscornia, I bumped into Dave Ferris, who had discovered the bird on a routine beach check , and we chatted about birds for a few minutes. I located the Whimbrel at the very north edge of the beach and had to wait a while for the bird to move south of the private beach. The Whimbrel was on high-alert, posturing with it’s neck outstretched. It appeared to be ready to fly to quieter sands, so I kept my distance. Fortunately, Whimbrels are rather large, so getting some nice shots at this distance was not much of an issue. After a couple minutes, beachgoers flushed the Whimbrel. This time, it flew southwest, out past the pier and out of view.

I was thrilled with this experience, although brief due to beach traffic. It was my 4th encounter with the species and the closest I have ever been to one. The Whimbrel was also my 251st county life bird for Berrien County, tying up with my Van Buren County List.

I had just enough time to backtrack to Van Buren State Park. The beach here is quite long and the southern half gets very little foot-traffic, making it an ideal place for shorebirds to get some R & R. If you’re willing to walk the area at the far south end of the park and scan the area past the barricades for the power plant, you may find some pretty good birds including Willets, American Avocet, Red Knot and Ruddy Turnstones.

Sunday’s visit yielded a Spotted Sandpiper and a hatch year Caspian Tern. As I was getting into my car to leave, I spotted a Hooded Warbler at the edge of the woods in the group picnic area. I became a buffet for mosquitos trying to work out a good shot of the Warbler, but was only rewarded with a dozen, itchy bug bites and a couple “doc shots” of the bird.

Shorebird migration is only just beginning. There is going to be many more trips to Lake Michigan this summer. Shorebirds will be stopping at my local beaches all the way into early October. I am really excited about what I might uncover at my favorite beaches this season!

One thought on “Willets and Whimbrels”